This US article neatly provides some valuable insights:

Crowdfunding – aka, asking a bunch of people you do and don’t know to help you fund your business dreams. Crowdfunding can be a great way to bring your product to the market, to spread the word about your business, and to get the kick start (pun totally intended) you’ve been looking for.

Each campaign and product is unique, but there are some things you can do to get closer to crowdfunding success. We’ve asked some of the hottest campaigns going on at the moment what they consider to be the keys to a successful campaign. The result? A list of advice from the people most qualified to give it – those who took on crowdfunding and rocked it.

1. Think of crowdfunding as the first step in expanding your business

Kyle founded Libertad Apparel for men who travel. The company produces travel shirts made from Merino wool that are functional for traveling, but don’t have that “just came from a safari”/”just pulled this from the bottom of my backpack” look. Founder Kyle turned to Kickstarter to jumpstart production on the first batch of these stylish travel shirts so that one day, Libertad can expand into other styles for men, and women too. His campaign was a success, and here is his advice on how to approach the idea of crowdfunding in the first place.

Think of crowdfunding as the first step in expanding your business. Even if you don’t want to go the crowdfunding route, it can be the start you need to get where you do want to be. Kyle wanted Libertad Apparel to get investment backing first, but he didn’t have a qualified co-founder. Kickstarter became the way to get capital and attract a co-founder and eventually, investors.

“The success of the campaign has earned the commitment of my primary collaborator to become a co-founder. Now, angel/VC investment is much more realistic.” – Kyle of Libertad Apparel

Kyle advises that another key to success is to do lot of the work before the campaign even starts – especially when it comes to finding your true fans. He did a lot of pre-campaign advertising on Facebook and Instagram to build up a robust and targeted e-mail list before launch. 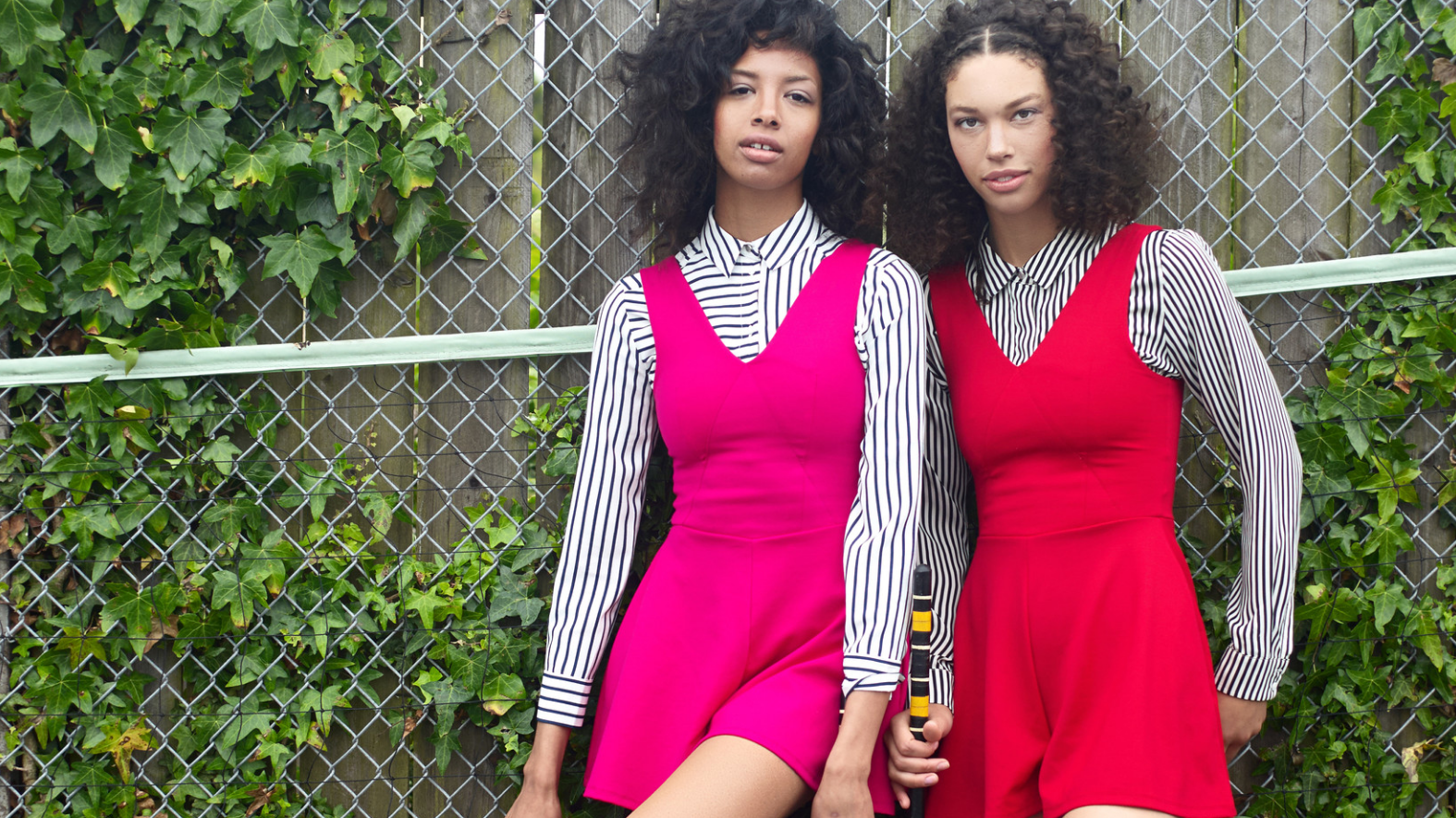 Kimber-Lee Alston is the Founder & CEO of Jolie Coquette, a clothing label ready to address the baffling fact that while men’s clothes are made for both style and function, women’s clothes are decidedly not. Jolie Coquette is filling the hole by creating a playsuit that women can feel as comfortable going to work in as participating in an impromptu dance party – while being functional too. She turned to Kickstarter to get the funding for the minimum orders to start production. She stresses how important it is to be willing and ready to put in a lot of work.

Kimber-Lee planned a lot of the campaign before it started – outreach, marketing, contacts. She started getting the word out months before the launch and prepared launch e-mails to send out the day of launch. The pre-planning and work can make a huge difference when the campaign actually starts. She believes that the key is to be courageous, understanding and persevering as the campaign continues. Focus on the positives, and make the best decisions based on the work you put into it.

4. Use crowdfunding as a way to test your product on the market

Kimber-Lee also sees crowdfunding as a great way to test your product on the market. If you have an awesome idea, but aren’t sure how it will be received when you put it out there, crowdfunding can be a good option to test the waters. Not only will you end up with more funding once it’s all over, you’ll be able to see if your product has what it takes to get people to buy it.

“[With crowdfunding], Jolie Coquette would be able to hear what people think about the product, see how much people were willing to pay, and not invest too much money up front to get the first batch of product into people’s hands.”

5. Have a clear goal and a compelling story

Gnome & Bow has an amazing story – and it’s written all over their website, selling high-quality men’s bags, wallets and briefcases. The entire site is all about storytelling. As you weave your way through product after product, the background story of who they are and why they’re doing what they’re doing is always present. This proved to be a key to success in the campaign. Quanda Ong, founder, is really passionate about storytelling and sharing his passion behind the company. He advises that there’s one way to win people over.

Have a clear goal and a compelling story. Quanda’s clear goal? Entering the market at an advantage. Crowdfunding allowed him to raise funds for the production of goods and pre-sell some of the goods, while measuring brand response and feedback to improve the products. Gnome & Bow’s compelling story? A passion for the brand and a long term dream.

“For me, it was my overwhelming passion and long term dream of making Gnome & Bow possible. That really connected with my backers emotionally. You have to make everyone want to see you and help you succeed.”

Every contact counts. Quanda of Gnome & Bow says the key to success is using your network. If you have contacts in the industry where you’re getting started, don’t be afraid to use them! Take every chance you have to meet people, spread your story and convince them to be a part of your side. Any chance you have to spread the word can be super-valuable once your campaign is up and running.

“A large portion of my backers were friends and family as well and their friends and family. So be sure to engage them early so they can be the first to back you, given that time is of essence in any campaign. Most successful campaign hit their 20% mark in the first 7 days.”

Tired of having t-shirts that lasted one year, a couple months or even a few weeks, Tom Cridland of The 30-year t-shirt began a quest to show that quality and comfort aren’t mutually exclusive qualities. Using quality materials and producing in Portugal, Tom came up with a line of shirts guaranteed to last, as its name suggests, 30 years. To make the shirts, his Kickstarter campaign had to be long lasting and successful as well. What does he credit for his success? Having an impressive campaign video.

Your campaign video is your way to convince people who have no clue who you are or what you’re doing that you’re worth investing in. Having a quality video doesn’t mean having to make a huge investment, but if you’re spending money on anything, a professional level video may make all the difference. It’s the way to show people that you’re serious. You want to convey all your passion in a few minutes of video – make sure it’s not wobbly or grainy.

“Above all, to demonstrate the quality of what you are offering, your video needs to be engaging and informative, whether it be funny or deadly serious, filmed professionally or on an iPhone, a minute or a few minutes long.”

8. Don’t lose heart when things don’t go as well as you planned.

Tom of the 30-year shirt has run several campaigns and he says not giving up is the key to real success. Things may not go exactly how you want them to go, in fact, they may not be as good as you want at all, but the key to keep on going and not give up. Turns out that old adage is true: if at first you don’t succeed…

“To succeed: be hard-working, well organized and never lose heart no matter how difficult a day can be.”

9. Don’t be afraid to be shameless in your campaign promotion

Semolina Pasta is about making good pasta for good people. Leah Ferrazzani is the owner and pasta maker behind Semolina Artisanal Pasta, selling hand-made, organic, dried pastas, made locally and sold in Los Angeles. She says one of the biggest keys to success is to be vocal about your campaign.

Be relentless and shameless when spreading the word about your campaign, advises Leah. She contacted food blogs, restaurants, sent countless Facebook and Twitter messages and emails to everyone that she knew. Tell every contact you know about what you’re doing, and do it in a way that makes them want to tell all of their contacts about what you’re doing.

10. When it’s all over, be excited, and don’t be afraid to communicate it!

Once Leah of Semolina Artisanal Pastas was successful, she couldn’t wait to thank everyone. She stresses that you should be elated, but don’t get so excited that you forget to thank everyone who donated. And don’t stop talking to them after that. Give constant updates to make your donors a part of the process. This way, if there’s a delay once you get the funding (as there was with Semolina Artisanal Pasta), you’ll keep the support of the donors.

“Just communicate, and you might find encouragement from your backers. I found a group of cheerleaders – by keeping donors in the loop, they kept supporting me, beyond financially.”

11. Go in ready for an awesome experience, no matter the outcome.

All said and done, the consensus between everyone was that in the end, while getting funded is great, the experience itself is part of what makes crowdfunding so awesome.

“What do I have to lose? The worst case, I don’t get funded, but I’ve gotten my name out there. I don’t believe in failure in the traditional sense, and I tried to focus on all the ways that doing this could be beneficial, even if I didn’t reach the goal.” – Leah from Semolina Pasta”

Or from another veteran:

“Even if you don’t reach your funding goal, if you give it your all…you’ll get everything you were supposed to get from the experience.” – Kimber-Lee of Jolie Coquette

Ready to test the waters of crowdfunding for your brand? According to the crowdfunding veterans, it’s hard work, but perseverance and being open to the experience are the most important keys to success. Also, have a really great product that everyone wants to get a piece of! 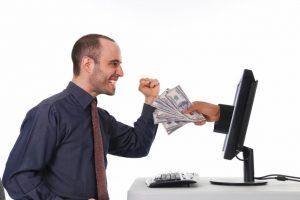 As crowdfunding makes gains in popularity, the battle for pageviews[...]