Do you know someone who deserves an Honour?

Home BusinessDo you know someone who deserves an Honour?

Do you know someone who deserves an Honour?

This week I had the opportunity to attend a meeting at the Cabinet Office around ‘Demystifying the Honors System’.  Fascinating stuff.  The session was geared around attracting more nominations around the black and minority ethnic community however the key message for everyone was – if you know someone who is doing great things – nominate them!

Around 100 people attended the event and there were a great deal of the movers and shakers in attendance from the UK BME business world.  Surprisingly not as many Honour nominations are received for entrepreneurs as you might think – there’s your cue!

A panel of honoured individuals explained their achievements and what the awards have meant to them.  I was especially delighted to talk with Arthur Torrington, CBE, OBE who co-founded The Windrush Foundation and The Equiano Project.

A further highlight of the evening was to hear Ken Olisa, OBE – Her Majesty’s Lord-Lieutenant for Greater London.  A highly amusing raconteur, he kept the audience chuckling with his anecdotal stories about his role but always reminding everyone that in order to effect change you need to be at the party.

Here’s how to nominate: Nomination Form 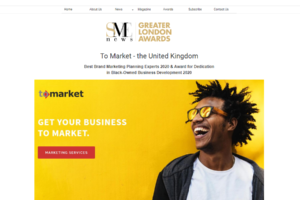 To Market is delighted to have awarded Best Brand Marketing[...]