Why journalists are ignoring your press releases

Why journalists are ignoring your press releases

Spending hours writing press releases without a single reply? Here are seven reasons why your emails might be going unnoticed.

So you’ve written a press release. You’ve sent it to journalists on publications you’d love to be featured in … but you haven’t had a single reply – not even after a follow-up email or phone call. Here’s where you might be going wrong:

The subject header is offputting

Most journalists get hundreds of press releases every day (many of which get deleted, unopened). So if you want yours to stand out, you need a compelling subject header that summarises what your story is about.

Anything that sounds like you’re just trying to plug your company is an instant turn off.

But do steer clear of puns or wordplay. For example, if you run a surfing supplies company, you might be tempted to say something like ‘Business surfing the retail wave’. However, this will mean nothing to busy journalists, scrolling through their inbox.

Most journalists don’t have time to open all the press releases they receive – never mind read them all the way through. So don’t make the mistake of burying the most interesting part – commonly known as the top line – at the bottom of your press release. Get it in the very first line.

If your story’s worth telling, you should be able to summarise it in one sentence – ideally in 10 words or fewer.

If you’re struggling with this, imagine your story is going to be covered on a TV or radio programme and think how the presenter would introduce it. For example: Coming up next … “The boss who’s banned working on Fridays”. Or After the weather … “Why you should never eat lunch at your desk”. That should give you your 10-word top line.

In terms of overall length, one side of A4 is ideal for a press release (pasted in the body of an email rather than sent as an attachment).

Journalists aren’t interested in you or your organisation; they’re interested in covering great stories that are a perfect fit for their audience. So anything that sounds like you’re just trying to plug your company – rather than provide compelling content – is an instant turn off.

Mentioning your company name in the first paragraph (unless you’re a household name) is a dead giveaway, as are long, rambling quotes about your glowing sales figures or awards you’ve won.

If in doubt, ask yourself if anyone outside of your business would be interested in what you’re saying. Could it impact their business or life? Could it help them solve a problem or make their day easier? If not, you’re probably just boasting.

Busy journalists don’t have time to digest technical or professional jargon. So keep it simple and use plain, clear English. Imagine you’re telling a friend – or even a child – about the story and you should have it about right.

If you want to get journalists to read your copy, it must be simple and direct. So avoid big words, hyperbolic language and anything that sounds like it should be in an academic essay.

Your quotes are boring

Quotes shouldn’t be used to state facts or cite statistics. They should be used to bring the story alive. So tell stories, use visual imagery and anything that appeals to the senses. 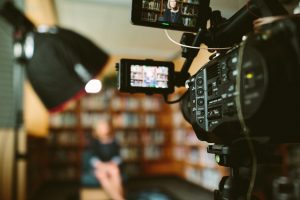 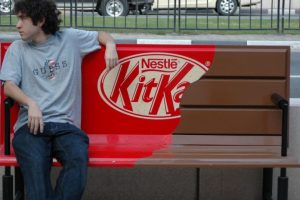 Guerrilla marketing for your business